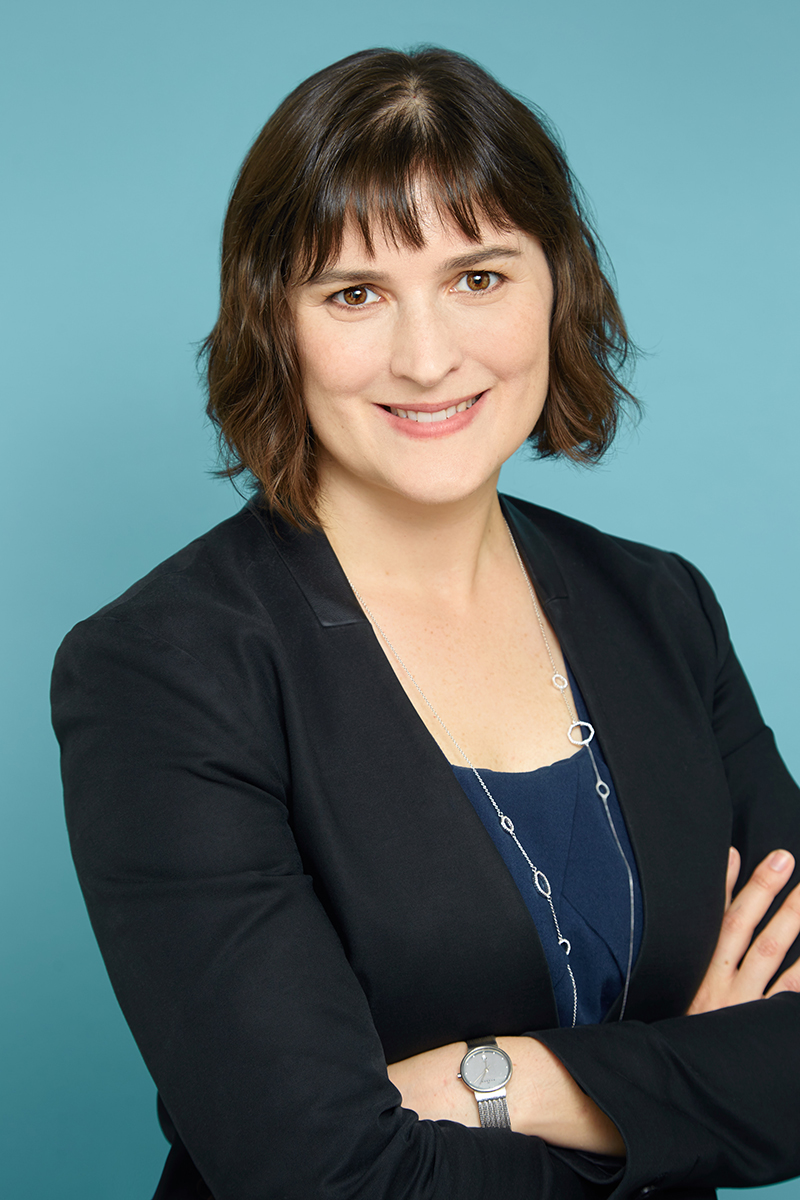 Sandra Fluke is the President of Voices for Progress. In 2015, Sandra was responsible for the launch of V4P’s California state program, which grew to include political programming as well as policy advocacy. She was then tasked with overseeing membership engagement and recruitment throughout the western half of the U.S. before becoming National Membership and Development Director. Sandra is an attorney who specializes in policy and legislative advocacy on behalf of progressive causes. For two decades, she has worked in the non-profit sector to advance social and economic justice. She is nationally known for her congressional testimony regarding birth control access under the Affordable Care Act and for taking on Rush Limbaugh. In November 2014, she was a candidate for the California State Senate, emphasizing a platform of environmental protection, economic justice, and campaign finance reform. She currently serves on the Boards of Women’s Reproductive Rights Assistance Project and the National Council of Jewish Women Los Angeles, as well as the advisory boards of Equality California, Westside Family Health Services, and West Hollywood Beverly Hills Democrats. She is a political partner with the Truman National Security Project, an Assembly District 50 Representative to DPSFV, and volunteers as a pro bono attorney. Sandra is a graduate of Georgetown Law as a Public Interest Law Scholar with a Certificate in Refugee and Humanitarian Emergencies, and from Cornell with a degree in Policy Analysis and Management. She lives in Los Angeles with her husband, Adam, but spends time each month in Washington, D.C.

Kelsey Anderson is the Federal Policy Manager at Voices for Progress, coordinating the team’s federal climate and environmental justice policy work. She joins Voices for Progress after nearly five years at The Climate Reality Project working on federal, state, and local climate policy and advocacy. Prior to Climate Reality, while working toward her master’s in environmental policy, Kelsey interned with the Office of Energy and Environmental Industries at the Department of Commerce analyzing top foreign markets for environmental technologies. In her free time, Kelsey can be found reminding her friends “we can walk there” referring to any spot in DC, taking public transit when we really can’t walk there, exploring cities, trying new brunch spots, and hoping people laugh at her one-liners. 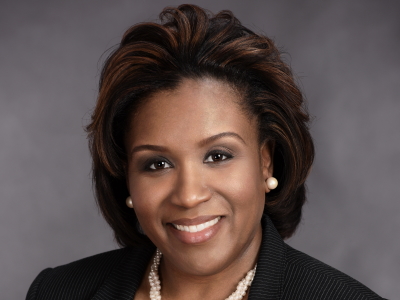 Adrienne Brown is the Director of Human Resources, Finance, and Administration at Voices for Progress. In this role, she is responsible for managing financial operations, human resources, and compliance for the organization. Adrienne works closely with the President, senior staff, and Board to support the organization’s goals and mission. She has over twenty (20) plus years of experience in human resources and financial management, administration, and operations. Adrienne’s expertise is derived from her varied experiences at nonprofit, for-profit, and philanthropic/foundation entities. Prior to joining V4P, Adrienne served as Director of Finance and Administration for the Greater Washington Community Foundation (GWCF). This philanthropic nonprofit pools over $300 million via individual, corporate, and government funds to support charitable activities in the National Capital Region, across the United States, and globally. During her tenure at GWCF, Adrienne was a trusted advisor to many key stakeholders associated with the Foundation and worked closely with the leadership team to develop and maintain the financial, human resources, and operations structure of the organization. Adrienne holds an MBA and Bachelor’s degree in Accounting from Troy University. 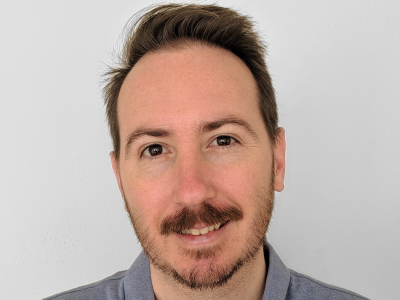 Nick Becker is the Lead Membership Engagement Manager at Voices for Progress. He coordinates all efforts to engage V4P members in advocacy and political programming and is dedicated to building a sense of community amongst our membership. His professional background includes working for elected officials, candidates, local government, and labor unions. Nick is an alumnus of San Jose State University where he earned his bachelor’s degree in Political Science with a minor in Philosophy. After graduating in 2013, Nick was awarded the Ward Family Scholarship from San Jose State’s Political Science Department, which funded a Congressional internship in Washington, DC with former Congressman Mike Honda. After returning from DC in 2014, Nick moved to the Bay Area to work for The City Clerk’s Office for the City of Santa Clara, coordinating major elements of their award-winning voter and community engagement programs. Nick has been a resident of Los Angeles since 2015, where he lives with his wife Katie.

Sarah Cotton is the Political Director and Vice President at Voices for Progress. Sarah leads V4P’s political program, both federally and in California and also cultivates strategic partnerships with other organizations. Previously, she served as Chief Operating Officer and National Director at Voices for Progress, where she led membership recruitment and fundraising efforts for the organization. Sarah’s background is in campaign fundraising, and includes multiple stints as a finance director on congressional campaigns and a cycle at the DCCC as Southern Candidate Services Director.  A graduate of Marquette University in Milwaukee, Wisconsin, Sarah is passionate about social justice, reproductive freedom and civil rights.  Sarah is a proud Wisconsinite, an avid reader and a diehard Marquette basketball and Green Bay Packer fan. 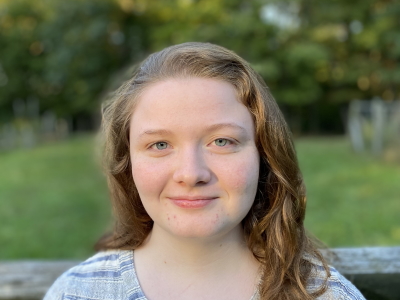 Sarah Crowley is the Policy Associate at Voices for Progress, where she works to support the team’s federal and California state policy programming. She is a George Washington University graduate where she studied political science and peace studies. She became interested in public policy through her work with the Roosevelt Network, and has previously interned for advocacy organizations working on federal policy and on Capitol Hill. Sarah lives in the DC area and enjoys hiking, baking bread, and planning post-COVID travel adventures.

Ruth Githumbi is the Membership Director at Voices for Progress. In this role she leads a department dedicated to engaging members in policy advocacy and political programming, building a sense of community among members, and growing V4P’s membership and resources. Ruth brings with her almost ten years of nonprofit experience in the areas of homeless services, global water access, HIV/AIDS stigma, emergency aid, and more. Since 2014, Ruth has specialized in fundraising and special events, having worked with individuals, corporations, and foundations. The core of Ruth’s work is the intersection of her passion for building meaningful relationships and advancing social justice causes. In 2009, Ruth graduated with a Bachelor’s degree in Political Science from the University of St. Thomas, and in 2020 she received a Master’s degree in Nonprofit Management from the University of Houston-Downtown. Ruth is a proud first-generation Kenyan-American with strong roots to her Kenyan heritage. She lives in Houston, Texas with her husband, Mario, and their dog Junior. 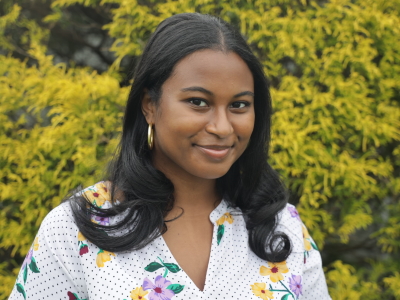 Angella Kidd is the Political Associate at Voices for Progress, working to support the organization’s political programming. In college, she was an intern at Way to Win, the Democratic National Committee, and Capitol Hill. Angella holds a Bachelor of Arts in Geography and Political Science from The George Washington University. In her free time, Angella enjoys cooking, traveling, and going to concerts.

Saya Maeda is the Membership Associate at Voices for Progress, where she provides support on all membership activation and engagement activities. While in college she interned at a variety of organizations—from arts nonprofits in Los Angeles to the United Nations in New York. Saya holds a Bachelor of Arts in Diplomacy and World Affairs from Occidental College. On the weekends, she enjoys going to the beach, thrifting, and playing with her cat Ren.

Christopher Myers is the Governance and Membership Growth Manager at Voices for Progress. He provides key input on all fundraising efforts to ensure V4P members have the proper tools they need for success. Christopher’s professional background pertains to philanthropy and funding, along with governance and leadership. Outside of work, Christopher sits on the Board of Directors for the Clarion University of Pennsylvania Alumni Association and is an active member the Association of Fundraising Professionals (AFP) National Capital Region chapter in their Young Professionals and LGBT Affinity Groups. He also speaks regularly to undergraduate and graduate students attending the Washington Center for Internships and Academic Services, a higher education nonprofit designed to encourage the next generation of leaders through engagement in their government and local communities. Christopher received his Bachelor of Science in Business Administration with a concentration in International Business Economics from Clarion University of Pennsylvania in 2012. Originally from Bethel Park, Pennsylvania, Christopher resides in the DuPont Circle neighborhood of the District of Columbia with his partner, Larry and their rescue dog, Belle.

Evan Minton is the California State Policy & Programmatic Manager for Voices for Progress. Evan manages V4P’s California State policy work and ensures that V4P’s California members maximize their impact in Sacramento policy debates. Evan has nearly fifteen years of California political and legislative experience, and serves as a statewide thought leader and advocate on LGBTQ issues. His first political campaign was for climate change champion U.S. Senator Barbara Boxer, and he has since worked for numerous progressive candidates and issue campaigns. In the California State Assembly, Evan staffed numerous successful bills on issues including voting rights, gun control, public health/safety, LGBTQ rights, and education equity. Evan also has experience lobbying the Capitol, having served as the Public Policy Specialist for California’s coalition of domestic violence shelters and service providers. Evan is considered the first openly transgender person to work in the California State Capitol, and he transitioned genders during his employment. A leader in the California Democratic Party, he currently serves on the LGBT Caucus Board in addition to other Party leadership roles. Evan is the plaintiff in a high-profile ACLU lawsuit, which was filed because a hospital refused to treat him after realizing he is transgender. 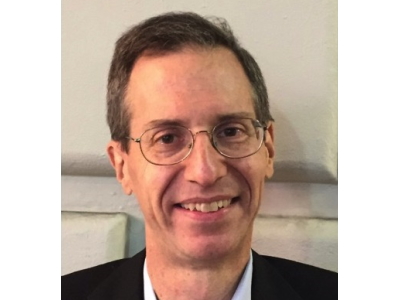 Senior Advisor for Money in Politics

Daniel Simon is the Senior Advisor on issues involving money in politics, for Voices for Progress. He has consulted with numerous organizations and elected representatives on campaign finance reform, focusing on public campaign financing and disclosure of political expenditures, and is a member of NY LEAD, a bipartisan group supporting campaign finance reform in New York State. Daniel has prior experience in public interest law and teaching high school mathematics. He is a graduate of Yale University and the University of Pennsylvania School of Law, and served as a federal law clerk on the Eastern District of Pennsylvania. 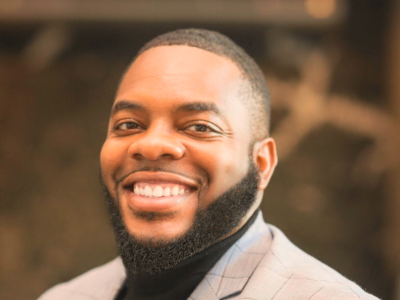 Robert traces his activism back to his parents and to his time spent in the classroom teaching. He has had a lifelong passion for policy, education, and social justice. As a first-generation college graduate, he bore witness to education’s ability to lift one out of poverty.

Prior to joining V4P, Robert founded the Justice Through Police Reform PAC to fight for comprehensive police reform on the state and local level. Additionally, Robert served as the Political Director for the ACLU of North Carolina and the Director of Government Relations for the National Center for Learning Disabilities in Washington, DC. Before that, Robert cut his teeth in the legislative shop of Congressman John Lewis and as a teacher in Charlotte, NC. His passion for electoral politics inspired him to work on Barack Obama’s 2012 presidential campaign and run for Durham City Council in 2015.

He fervently believes when something is wrong, you do something about it. You don’t sit and wait for others to do it, you jump in. He hopes to inspire all he encounters to do the same.